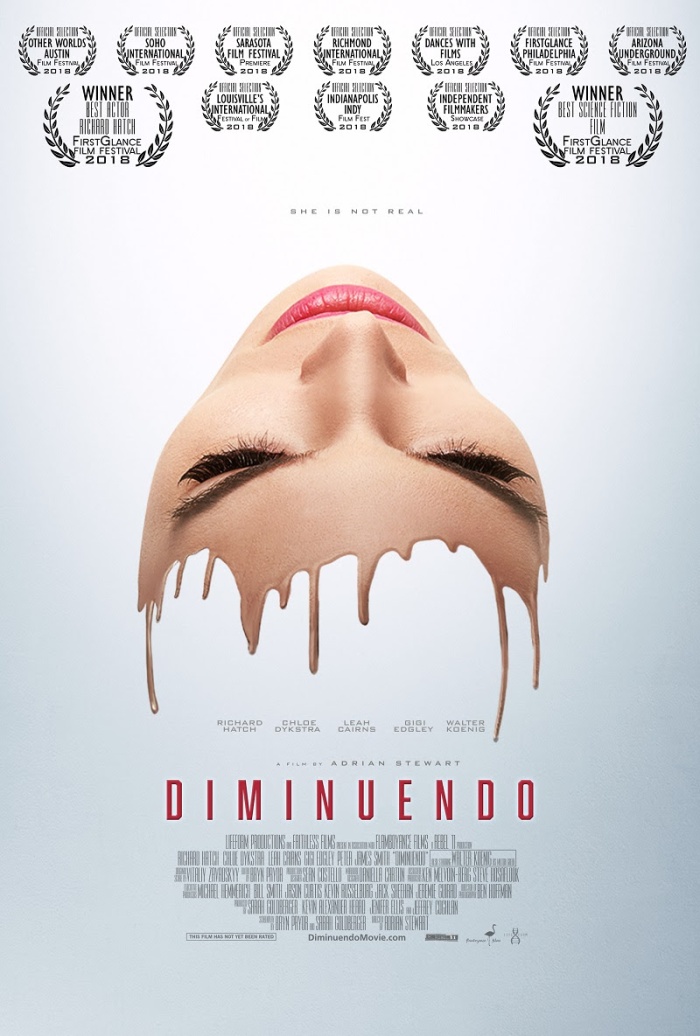 The Golden Globe-nominated actor, who gained worldwide fame as the star of the cult sci-fi television series Battlestar Galactica, had just completed filming the drama when he passed away in 2017.
Richard Hatch plays Haskell Edwards, a has-been director whose life has crumbled in the decade since his Hollywood starlet girlfriend Cello Shea (Dykstra) committed suicide. When Edwards is offered the chance to direct the story of her life using a robot replica, he becomes tragically obsessed with Shea’s A.I. double.
Screenwriters SARAH GOLDBERGER and BRYN PRYOR created the role of Edwards specifically for Hatch, who was heavily involved in crafting the story and character. Director Stewart managed to finish a rough cut of the film for the actor to see before his death, and a memorial screening of that rough cut was held February 2017 in Hatch’s honor.