Prepare for take-off as Flight of the Navigator, the action-packed classic from the 80s adventure, gets a brand new 4K scan and restoration and makes its arrival on Limited Edition Blu-ray thanks to Second Sight Films on 26 August 2019.

Whilst I havent seen the film for many years, Flight Of The Navigator was one of my go to movies when I was a teenager, Along with now classics The Goonies, Back To Te Future, Explorers and many more. I have such fond memories of this film and cant wait to revisit it.

Take a journey back in time to re-live (or view it for the first time perhaps) in this family sci-fi  in ways that you havent seen before , as the film has been painstaking restored to its very best under the supervision of its director Randal Kleiser (Grease, The Blue Lagoon). It arrives on Blu-ray complete with a host of fascinating special features including brand new interviews plus a reversible sleeve featuring new and original artwork. The Limited Edition is presented in a rigid slipcase with new artwork by Rich Davies, a 100-page soft cover book with Kleiser’s complete original storyboard and a new essay by Kevin Lyons, original production notes and behind the scenes photos. 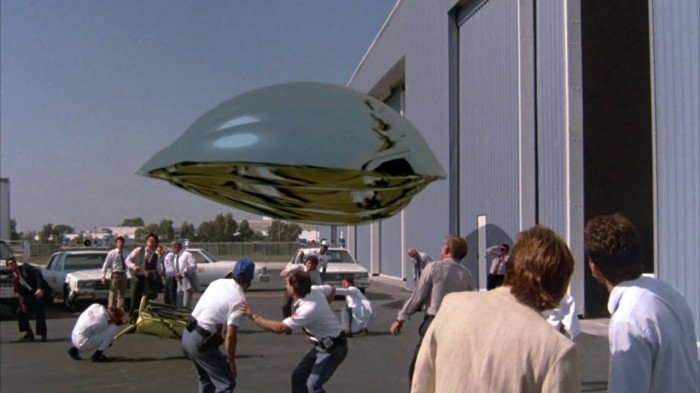 The year is 1978 and 12-year-old David Freeman is knocked unconscious while playing. He wakes up and discovers it’s now 1986 and he’s been missing for eight years. NASA believes he’s been abducted by aliens and want to use him for their research. But with the guidance of a strange unseen entity he discovers a hidden spaceship and with the help of MAX the computer sets off on an incredible mission to get back to the past where he belongs. Joey Cramer, Sarah Jessica Parker and Paul Reubens star.

Fasten your seat belts and enjoy your in-flight entertainment.

‘The early CG FX have aged remarkably well, while the slow build-up makes the Spielbergian space adventure all the more fantastic’
Total Film