Spanish Actress Tania Lamata takes some time out from her work to answer the Spending Time With… Season 3 questions for frompage2screen.com. First appearing in Pazo De Familia  in 2015, Tania is building up a great resume of other roles, such as Retribution (2016) Urxencia Cero (2018) Eye for an Eye (2018) Gun city (2018) El Punto Frío (2015)

One of the best movies I watched in 2018 was Bohemian Rhapsody.

What was the last book you bought (and have you read it yet?)

The last book I bought was the Face Killer.

What is the ONE single coolest movie geek thing you own?

The t-shirt, the cap, the sunglasses and the cd of the soundtrack of the movie Bohemian Rhapsody.

If someone would make either a biopic or a feature length documentary about someone, and you could choose the someone. Who would it be?

I! Haha! I would love to make a biopic about me or a documentary. I do not have anyone in my mind.

When you are being interviewed Do you prefer ‘interviews’ face to face, over the phone/podcast or by email?

Face to face or by email. But the podcast would not be a bad idea.

Would you enjoy writing your autobiography? Would you find it a very difficult task?

No, I would prefer a writer to do it. Yes, it seems to me a very difficult task to write my own autobiography. 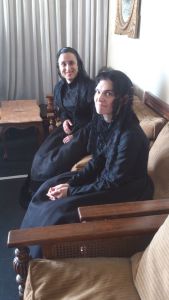 Is there someone in the world who you would class as a role model?

Yes. I would choose Will Smith. He is one of my favorite actors and I admire his desire to learn other languages; Spanish, for example. I have heard him speak in Spanish and he does not do anything wrong. I wish the rest of the actors did the same. There are many Spanish and Latin people in England and the United States.

What was the last album you listened to?

The soundtrack of Bohemian Rhapsody.

If you could choose to work on movies, but never TV, or TV but never movies, which would you choose?

I would choose to work in movies.

What is the most memorable question you’ve been asked during an interview/Q&A?

I have never been asked any memorable questions in any interview.

Someone reads this article and they want to do what you do. Live a creative life. What single piece (if you narrow it down to one) would you give them?

I do not know. I can not think of anything.

Have you ever won a competition? What was the prize?

No, I never won any competition.

Do you plan your year ahead? (New Year Resolutions, 12 month plans, that sort of thing)

No, I never plan what I’m going to do during the year.

With regards to your own projects? What are you working on that you can tell me about?

The last project I had was the film Elisa and Marcela. My role was that of a peasant, and the only thing I can tell you is that it will be released on Netflix in 2019. The date is not yet known.

Do you remember who got your first autograph?

Nobody ever asked me for an autograph.

If you can sit down with any one living person and chat to them for two hours? Who would you choose?

Will Smith. Since he knows how to speak Spanish, we would understand each other.
Injuries on set are unfortunately more common than they should be. Have you been injured whilst doing what you do?Thankfully I havent been injured.

Any regrets (that you would talk about)

I do not regret anything