Film composer Sylvester Levay was a name that made me smile every time I saw his name on the credits Having composed music for films such as Cobra, Navy Seals, Hot Shots, and Stone Cold, and thats just to name a few. I loved his music.

Born on 16 May 1945 in Yugoslavia (now Serbia). Sylvester began what would be a great career at the age of eight and eventually became a music arranger and lyricist before branching into film scores that spanned one of the most fun decades of the movie world (the 1980s) But where has he been since?  According to Wikipedia Sylvester divides his time between his homes in Munich, Vienna and LA. Whilst I hope Sylvester Levay is super happy doing whatever he is doing. I do miss hearing his music on screen (and on CD and often listen to the Cobra soundtrack) 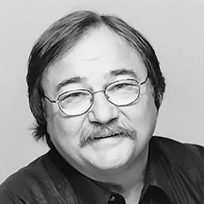 Here is some of his work over the years

Here is a sample of the mans work from one of my favourite Stallone films. The track is Skyline.