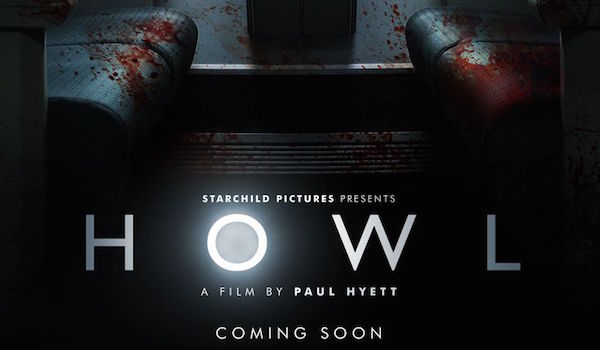 Howl is out now on DVD in the UK

When passengers on a train are attacked by a creature, they must band together in order to survive until morning.

That is the Internet Movie Database plot synopsis for ‘Howl’ the latest film directed by Paul Hyett, who blew my socks off with his directing debut The Seasoning House (2012). Now one of the problems when a filmmaker creates such a fantastic film (such as The Seasoning House) is how on earth are they going to top that, or equal it.

Well in my view, they don’t have to top or equal a film. Its all to common nowadays for people to pitch films against other films in some sort of ‘who wins’ scenario, but I suppose that’s just something we all naturally do, even though its annoying. Skyfall v Spectre, Marvel v DC, Call Of Duty v Battlefield. The list goes on. But with The Seasoning House, Paul I guess had set my mind to expect and hope for a certain standard in his filmmaking and so, when I heard that his next film was to be set on a train, that wasnt moving along the tracks, and was pitching humans against werewolves. It definitely had my attention. Then again, the fact that Paul Hyetts name was attached, was enough to get my attention anyways.

So what were my thoughts on Howl?

Loved it. The film is exactly what I needed when I watched it. (which was on Halloween at 10pm) A basic plotline (people on a train, werewolves coming to get them) but with a annoyingly realistic set of characters. Now when I say annoyingly I mean that in a good way. For those who have seen the film, and for those who have traveled on public transport. You will know exactly what I mean when I say that the characters in the film are spot on!  So as much as they annoyed me, id have been disappointed were they not written this way. From the girl who thinks its okay to play loud music through the speaker on her phone, to the woman who moans at having to pay full fair, to the guy who drops food all over his football shirt without a care in the world for anyone else. Applause to the filmmakers (and the actors) for putting realistic characters in a fun horror film. I wont focus on the special effects/creature effects much due to the fact its a Paul Hyett film. Anyone who isn’t familiar with his work as an effects genius. Let me tell you that these are some of the films he has been involved with. 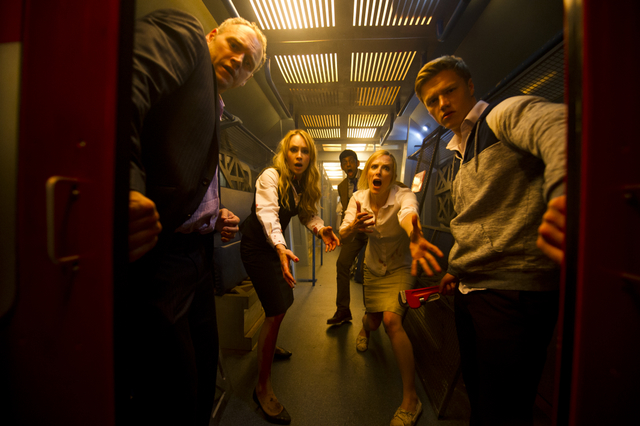 The Descent, Dog Soldiers, The Children,The Woman In Black, Attack The Block, Eden Lake, Doomsday, and The Cottage. (and thats just a few). The guys talent for effects needs no doubt.

Its hard to deconstruct Howl, and I’m never a fan of doing that to a movie anyways. A film should be watched on its own merits and hopefully you will come out with one of two views. A thumbs up or a thumbs down. I reached the end of the film (unlike some of the characters) with a thumbs up, having spent an hour and a half being totally entertained by Howl with a smile on my face.  This is what movies are meant to be. Fun (or educational) Once again though, I am faced with the feeling of….right Paul…2 for 2 .. Whats next?